The Hotel and his history

On 14 February 1883, the street of the Centre, “one of the most beautiful side streets of the time”, was renamed “Street GARAT. This street that had to be extended by the draining of the swamp to the boulevard of the Marsh, was, with rue Gambetta on which she led, a shopping street, busy by natives and “foreigners”, more and more numerous since the construction of the new settlement of bath.  The corner of the two streets was located the France hotel where down rich customer French, Spanish and English. This hotel equipment had been completed in 1880 by the hotels of England and the beach, frames at the end of the street. 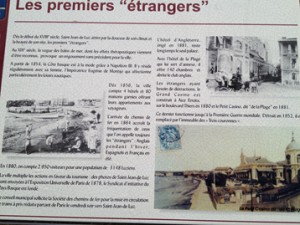 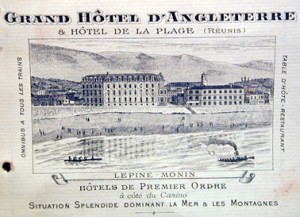 The name of the street was attribe to luzien privateer Bernard Garat. The ship’s captain was, in 1810, the Commander of the Brig the Tilsit which, during a 16-day cruise, had boarded two brigs, a responsible American flour, an English carrying rum and coffee and a 350 tons ship weapon in war and goods, the bunkers were full of sugar, coffee, rum, ginger, and wood dye to London.

Pursued in turn by five enemy frigates, leTilsit fought many battles, the last against two heavily armed English briks to which a large building of war came to the rescue.  But the audacity of his commander and bravery of his crew helped the Tilsit emerge victorious via a memorable fight and seek refuge, despite her damage, in the port of Pasajes.